Prizes and awards such as the Nobel or the Brain Prize are some of the most important recognitions of scientific excellence. The awardees’ names are linked to historical greatness along with a substantial financial reward. However, there is a deep gender and diversity gap in scientific prizes and awards.

What are the causes?

In a 2019 study entitled “Gender Disparities in Awards to Neuroscience Researchers”, the authors David E. Melnikoff and Virginia V. Valian tried to understand this gap. It would emerge in part from the gender bias that portrays women as “warmer and less competent than men,” but also because of the gender gap in citations. This results in less prestigious awards for women and the continuity of women being seen as less competent than men.

This theory seems to be confirmed in a recent Nature analysis of biomedical awards, “Women who win prizes get less money and prestige”. The study shows that women scientists receive 50% of the service prizes that are linked to advocacy, mentoring and education, but less than 30% of the research prizes that are linked to scientific excellence, larger financial reward, and that are generally more important for professional advancement.

A bias often forgotten concerns the selection of prize winners based on area of expertise, as is explored in the 2015 article "Expertise vs. Bias in Evaluation: Evidence from the NIH”: “Evaluators with expertise in a particular field may have an informational advantage in separating good projects from bad. At the same time, they may also have personal preferences that impact their objectivity.”.

The Nobel prize is the most popular scientific prize. In the Physiology or Medicine category, out of 111 awardees, only 12 were women and only 5 from non-western countries (4 from Japan; 1 from China).

How is the Nobel’s winner selected? This Nature article describes the selection process. The nominee selection is organized by different organizations per category: The physiology or medicine prize is chosen by the Nobel Assembly at the Karolinska Institute in Stockholm. The committee invites eminent scientists to nominate people, from which they generate a shortlist. In 2018, the Nobel organizations started to change their nomination processes to encourage gender and geographic diversity among prize nominees. Changes included increasing the number of women among nominators, and updating the wording of their letter invitation to nominate to encourage nominators to consider diversity in gender, geography and topic, as well as to nominate more than one discovery.

Nature interviewed Göran Hansson (secretary-general of the Royal Swedish Academy of Sciences) one year after these modifications were implemented. Göran Hansson saw a trend in the 2019 Nobel selection: more women were being nominated. When asked about the diversity beyond gender, the secretary-general replied: “We realize that the Nobel laureates become role models, and it’s important to have role models who are women and from diverse ethnicities”; “We hope that more countries around the world will build up their science. Science is an expensive activity and requires stability, so the opportunities are very different in different parts of the world. We all hope that this will gradually change in such a way that individuals from many more countries will have more opportunities to pursue careers in science and to make discoveries.”

The ALBA Network applauds these efforts and believes that more active steps need to be taken along similar lines to improve diversity in prize nominations. 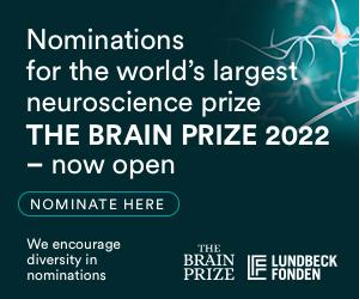 What can we do?

As an individual researcher:

Overall, there is a need to expand the criterion of scientific excellence beyond citations, and increase the value of mentorship, teaching, diversity and mental health advocacy.

Selection of Awards and Prizes in Science and Neuroscience

ALBA encourages its members to apply or nominate a colleague to the following prizes:

List of resources related to diversity in Prizes & Awards